Low-temperature superconductors (LTS) require liquid helium, yet can only generate a magnetic field lower than 24 T. For full-fledged commercialization of superconducting equipment, high temperature superconducting (HTS) conductors are preferred as they can be cooled by the more cost-efficient liquid nitrogen and they can generate a much higher magnetic field, such as 30 T at 4.2 K. However, one of the major drawbacks of the HTS conductor is its short maximum length of a single conductor wire, typically <500 m. As a result, many joints need to be installed in the superconducting equipment, resulting in a difficult manufacturing process and a complicated operating procedure. Thus, we commenced a 10-year JST-MIRAI Program in 2017, focusing on developing the joint technology for linking HTS conductors. The program has two important research and development directions:

A brief review of the JST-MIRAI Program, initial results of the investigation on superconducting joints, preliminary results for the medium field persistent NMR magnets, and the current status of the joints for railway systems. 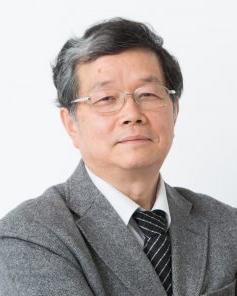 Hideaki Maeda is playing a leading role as a program manager of the newly started MIRAI-Program, focused on developing (a) joining technologies between HTSs, (b) persistent HTS NMR magnets and (c) HTS cables for railway systems. Maeda received his M. Eng. in 1975 and D. Eng. in 1979 at Waseda University, Japan. He joined the Toshiba R&D Center in 1975, developing cutting edge superconducting magnets such as those for Maglev trains, cryocooler-cooled magnets, and a large HTS magnet for silicon single crystal growth and other applications. After moving from Toshiba to RIKEN, he became the Facility Director of the RIKEN-NMR facility in 2011. He and collaborators succeeded in developing the world’s highest magnetic field NMR magnet, operating at 24 T, comprised of HTS inner coils and LTS outer coils. He moved to the Japan Science and Technology Agency in 2018 to become the program manager of the MIRAI-Program. He is still a senior visiting scientist at RIKEN. He received the Commendation of the Minister of Education, Culture, Sports, Science and Technology in 2016, and the Outstanding Achievement Award by the Cryogenics and Superconductivity Society of Japan in 2017. He is currently chair of the Technical Committee on Superconducting Apparatuses of the Institute of Electrical Engineers of Japan.