Superconductors for the Future – from the Perspective of the Past

2016 marks the 30th anniversary of the discovery of .high temperature superconductivity in the cuprates so it is natural to ask how they are doing. In fact the LTS conductors, Nb-Ti and Nb3Sn have more widespread application than ever and their market has not in any way been negatively harmed by HTS. At first this was because HTS was seen as the vehicle for an entirely separate industry in electro-technology operating at ~77 K or more recently in the 30-40 K range. Almost all elements of the electric utility network have been demonstrated with HTS (and a few with LTS too) but an application-pull market of the type that MRI, NMR, and accelerators provide for LTS has not developed. One reason is that HTS conductor costs are still several times those of LTS in any application where either could serve. Only this year can we expect HTS magnets, always so far the dominant application of any superconductor, in domains where LTS cannot compete. A second drawback for use of HTS is the strong architectural limitations imposed on conductors by the suppressed superfluid densities of HTS grain boundaries. Fabrication routes for HTS conductors are thus complex and emphasize strong shape texture (Coated conductors and Bi-2223) or require complex heat treatments to develop growth-induced texture as in round wire Bi-2212. With the expected delivery of an LTS/HTS (REBCO coated Conductor) hybrid magnet generating 32 T for users of the National High Magnetic Field Laboratory in mid-2016, perhaps a new application field will emerge. However, the huge costs of all HTS conductors (in the $100-200,000 per liter range) mean that we must exploit lower cost materials that could also offer the twisted, round-wire, multifilament architecture of Nb-Ti and Nb3Sn. Here MgB2 and K-doped BaFe2As2 conductors both offer promise for use in the 4-30 K range, especially if fundamental science improvements to Hc2 of MgB2 and to the connectivity of polycrystalline (K,Ba)Fe2As2 can be made. For the even more adventurous we should note that the highest Tc superconductor (203 K) is now a modified metallic hydrogen, based on solidifying H2S under about 150 GPa. And finally, we return to the RE-123 compounds can new processing routes generate conductors capable of mimicking round wires (e.g. the Cable on Round Core concept CORC) at high enough Jc and low enough costs to provide an all-purpose Nb-Ti conductor capable of generating fields of a few teslas at 65-77K? These are some of the challenges addressed in this talk.

Marking the 30th anniversary of the discovery of high-temperature superconductors, particularly the cuprates, David Larbalestier reviews the past and predicts the future. 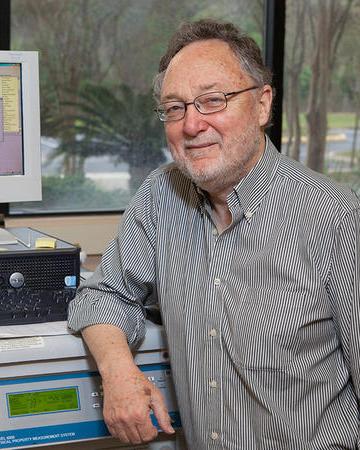