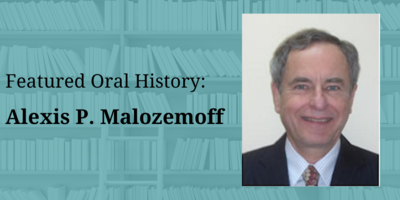 Alexis P. Malozemoff, IEEE Life Fellow (IEEE Fellow, 2008), was born in Santa Rosa, California and raised in New York and Connecticut. He received a Bachelor of Arts in Physics and Chemistry from Harvard University and a Ph.D. in Material Science Engineering from Stanford University. Beginning in 1971, Malozemoff served nineteen years at IBM Research as a staff scientist, manager, and senior manager in the study of magnetism, condensed matter physics, and superconductivity before joining American Superconductor (AMSC) in 1991, where he served first as Vice President for Research, and then from 1993 until his retirement in 2009 as Chief Technical Officer, in charge, among other activities, of AMSC’s rise to a leading role in high temperature superconducting wire and its applications.

Over his almost forty years of experience at IBM Research and AMSC, Dr. Malozemoff is recognized for his work in the field of superconductivity in the co-discovery of the “giant flux creep” and the irreversibility line in high temperature superconductors (HTS), as well as his developments in magnetic bubble technologies and HTS wire and applications, and his numerous publications and patents. He has served as chairman of the Conference of Magnetism and Magnetic Materials and on various national committees and centers of HTS research and development. Following retirement, he continues technical activities, including serving as co-chair of the Science for Energy Technology subcommittee of DOE’s Basic Energy Sciences Advisory Board, consulting at AMSC, and writing various articles and book chapters.

In this interview, Alexis P. Malozemoff discusses his early interest in engineering and applied science. He describes his work in the fields of magnetism and superconductivity, his experiences in research and research management at IBM Research, and his technical leadership role at American Superconductor. He reflects on both the accomplishments he achieved and the problems he encountered over his lengthy career, which spans over both theoretical and applied research and applications. Despite the promise that the field of superconductivity shows, he comments on the difficulties of the commercialization of a product produced in a still developing field.